Home » Blog » Newborn care » How The Pandemic Has Changed The Relationship Between The Ultra Wealthy and Their Hired Help, From Months Spent Isolating Together to a Surge in Demand For Nannies

How The Pandemic Has Changed The Relationship Between The Ultra Wealthy and Their Hired Help, From Months Spent Isolating Together to a Surge in Demand For Nannies 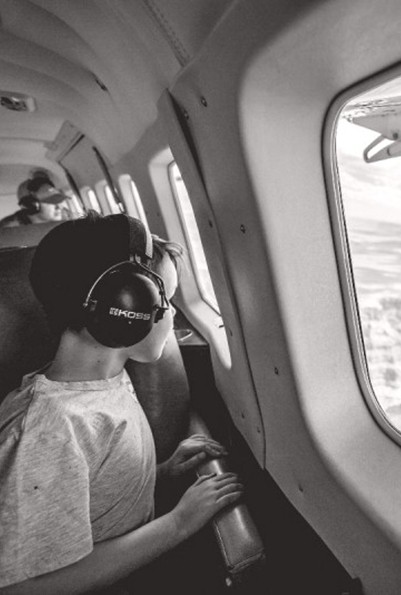 Before the pandemic, it would have been so awkward — a staff member blundering into a bedroom and interrupting his employer on a video call with her psychologist. In a COVID-19 world, though, it was no big deal. The employer wasn’t angry, and instead waved him over to introduce him: “Come say hi to my therapist!”

In fact, it didn’t surprise the doctor at the other end of the call, Dr Judy Ho, at all. LA-based Ho specializes in ultra high net worth patients. She had been working in complete discretion with this woman for more than two years, long before lockdowns and quarantines.

“But that was such a big gesture of trust,” she told Business Insider of the recent incident. “At this point, many of my patients are having family-like activities with their household staff because that’s who they have to talk to every day. So they’ve decided to fold their staff into their home to some degree, and it’s led to a shift in the interpersonal dynamics.”

Ho said she’s seen that change in many patients, like another who is quarantining with her kids while her partner is stuck overseas. The only other adults the patient encounters are staff: a housekeeper, security guards, tutors, and contractors working on remodeling the estate. Keen for human connection, she’s initiated a family-style dinner with her kids and staff each night, where they sit down to eat, drink, and get to know each other better. Such an event, Ho said, would have been unthinkable before the pandemic.

Redefining the boundaries between employer and employee

Neither of these women is an outlier. As the logistics of the pandemic have brought life to a standstill in so many ways, the relationship between wealthy individuals and the staff who cater to their needs has been radically reconfigured.

“I think the boundaries that one would associate with work are just not there now,” says Laura Glendenning, of Tiger Recruitment. “The pandemic has exaggerated the need for contact and closeness that clients crave. The line, whatever that is, is crossed a lot now.”

See how strictly defined roles are blurring. One of Ho’s patients has deployed her 50-something housekeeper as a social media assistant for the first time during lockdown, tasking her with looking up hashtags and managing postings. Another patient, Ho says, has repurposed her own housekeeper as a personal assistant for her job, tasking her with research online. Those same clients are also rediscovering the joy of handling some tasks themselves.

“It’s back to basics. Some of my patients didn’t realize how spoiled they were, to have people taking care of their every need,” Ho said. “They’re learning life skills – like, ‘Omigod, I never knew how good I would feel about myself after making my own bed!'”

Glendenning also said that such line-crossing doesn’t always involve Instagram requests or raucous nightly dinner parties. She is currently trying to place a high-ranking staffer who’s keen to leave his current position after being stuck on a superyacht in the south of France since the middle of March.

“He’s very, very, very well paid but he literally hasn’t since his own children or wife for months,” Glendenning said. “He’s working crazy hours, providing a lot of emotional support and hand-holding. His employer keeps making excuses about him coming back, because she doesn’t want him to leave.”

Live-in staff like him had fallen from favor in recent years as privacy became a premium and technology enabled instant, remote connection. The pandemic, however, has brought the concept of live-in staff back into favor. Seth Norman Greenberg is VP of the Pavilion Agency, a staffing agency that has offices in New York City and Los Angeles; he says that some wealthy families are even reconfiguring their homes to re-accommodate onsite staff.

“Many classic buildings in New York have connecting staff quarters, which had been subsequently converted for other purposes, like wine storage,” Greenberg said. “Now they’re being renovated to accommodate staff again, to allow them to quarantine and sequester.” These so-called accessory apartments keep a nanny or housekeeper onsite, while affording both employer and employee a little autonomy.

If you need a new tutor, expect to pay a premium

While other sectors of the economy have contracted in spasms over the last few months, household staffing has been a resilient area — and even one that’s seen growth. All three recruiters Business Insider spoke to agree there’s been a surge in demand for staff: It’s a seller’s market for anyone with the right skillset.

“The candidates have a lot of power right now, and I’ve seen compensation go up on all fronts,” said Steven Laitmon of the Calendar Group, the foremost staffing agency for the Hamptons and other wealthy enclaves in the northeast. “I had someone turn down a family assistant job for $100,000 a year and tell me, ‘I’m going to keep looking.'”

Laitmon said Ivy League or Oxford-educated tutors, in particular, are fetching premiums, as families create at-home teaching pods with neighbors. One staffing firm recently even took on a vice principal, who’s looking to jettison his nine to five job in a public school for a better-paid position in private tutoring thanks to COVID-19. Staffers who can show they have antibodies to COVID-19 are especially in demand.

A looming boom for one position in particular

The hardest job openings to fill, though, are in homes with doctors, according to Anita Rogers, of British-American Household Staffing. Medical professionals like these are well paid, and easily able to afford, and hire, staff. That need grew more acute at the outset of the pandemic, with many doctors working longer hours and so looking for extra help at home.

Rogers said many would-be employees, though, were wary of joining a household where the employer worked in a hospital because of the increased potential to be exposed to COVID-19. Rogers problem-solved by focusing on candidates whose spouse or family member was a nurse – it usually rendered those concerns moot.

Now, though, she’s facing an entirely different conundrum: a shortage of nurses for a looming baby boom.

“We’re preparing for the January and February babies, the lockdown kids,” Rogers said. “There has been a huge uptick in newborn care requests for early next year.”