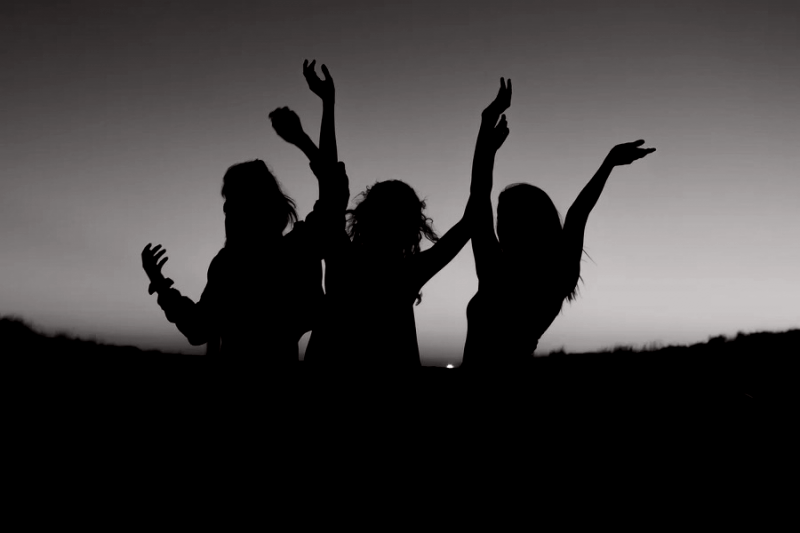 The month of March is beautifully dedicated to Women’s History in celebrating the amazing accomplishments of ladies from the past and present. Here at British American Household Staffing for International Women’s Day on March 8th, we are thrilled to spotlight some of our team’s fabulous females who are leading the way in both their personal and professional lives, which we hope will be a positive reminder of reassurance and encouragement for all women. 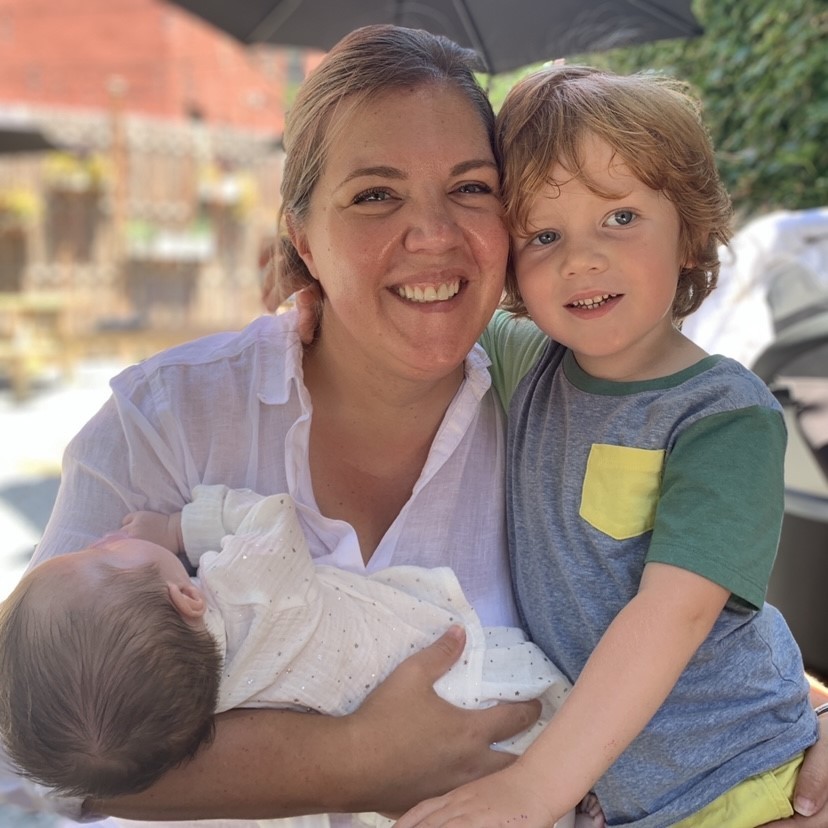 “Carving out your own path in a patriarchal society [is the hardest, and most rewarding, part of being a woman]. If you feel that you manage to achieve this even a little bit then take a bow. Bravo!”

All around London and the south of England. We moved a lot so JC is actually the place I’ve lived the longest.

I don’t know what age I was but I remember that we put my younger brother, Julian in the washing machine (front loader obvs) and shut the door. I think my parents were probably horrified.

What was something you overcame as a woman that could be encouraging to others?

I had a double mastectomy at the age of 33. It meant I couldn’t breast feed either of my two children – but hopefully I’ll live to be there for them in other ways.

Where is your happy place?

Sitting around a dining table playing card games with friends and drinking red wine. I love all the laughing, teasing and general escapism of it!

What’s been your proudest moment?

When I realized that my 4 year old was cleverer than me.

Which historical figure do you feel motivates or inspires you and why?

What do you do/where do you go in moments of stress?

I’ve definitely struggled with this the past year. Go figure.

One of my friends who also lives in an apartment with two small children gave me a genius tip that I’ve utilized on a number of occasions. To cook supper whilst listening to a podcast on headphones. It’s a short time out whilst still being productive. Podcast I love are ‘The Guilty Feminist’, ‘Off Menu’ & ‘The West Wing Weekly’. I sometimes scare my children when I’m chopping vegetables and let out a massive laugh! Either way, dinner is on the table and I made a chore enjoyable!

What stereotypes of women do you wish were broken?

I hate the dichotomy that traits admired in men are criticized in women. Think passion, emotion, dedication, confidence, aggression, intelligence, independence, ambition and so on and so on. Pour us both a drink and I can bore you to death on this topic – it really aggravates me!

Which woman would you love to spend the day with and why?

Twee I know, but probably my mother. She died when I was 6 so I would want to learn more about her first hand.

Which women related issues do you feel need more attention in the mainstream?

Maternity and paternity leave. Let’s catch up with the rest of the world. It’s ludicrous that someone is expected to return to work after such a short period of time. Physically one might be nearly ready, but mentally is a whole different ball game.

What advice would you give to women juggling motherhood and a career?

Gin was made for a reason.

What do you think is the hardest but also most rewarding part of being a woman?

Carving out your own path in a patriarchal society. If you feel that you manage to achieve this even a little bit then take a bow. Bravo! 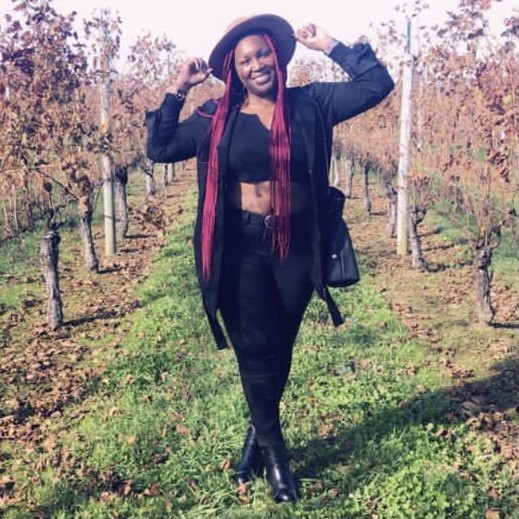 “Our bodies are very complex and I believe we need more people who understand it. We need more women as leaders in healthcare because they understand. I find it unfair that men tell women what they can and cannot do with their bodies.”

Describe your family in 3 words.

What do you consider beautiful?

Love! The various ways people show love, no matter the relationship. Also, laying and looking up at the sky at night, that is real beauty.

What is your go to quote or saying?

Tomorrow, I get the chance to be better.

Which TV or movie character do you identify with and why?

Kat Edison from The Bold Type. I resonate with her because she is this hard shell on the outside but such a softie on the inside.

Which woman in the public eye do you relate to or aspire to and why?

Gabrielle Union. She is the epitome of living her best life. Also, Michelle Obama, I only wish I had the grace and confidence that she exudes.

If you could tell your 18 year old self some words of wisdom, what would they be?

You do really like accounting, go to school NOW!!!! And – leave him alone, he’s no good for you!

Who do you turn to for help or guidance?

My mother & my aunt. I don’t know where I would be without them.

What did you last wish or pray for?

Discernment in my life & my goals coming to fruition.

What are some “women’s issues” that still need greater awareness in your opinion?

Women’s health issues is a big one. Our bodies are very complex and I believe we need more people who understand it. We need more women as leaders in healthcare because they understand. I find it unfair that men tell women what they can and cannot do with their bodies.

What do you think is the hardest but also most rewarding part of being a woman?

A woman’s ability to carry a human for 9 months – that is amazing! 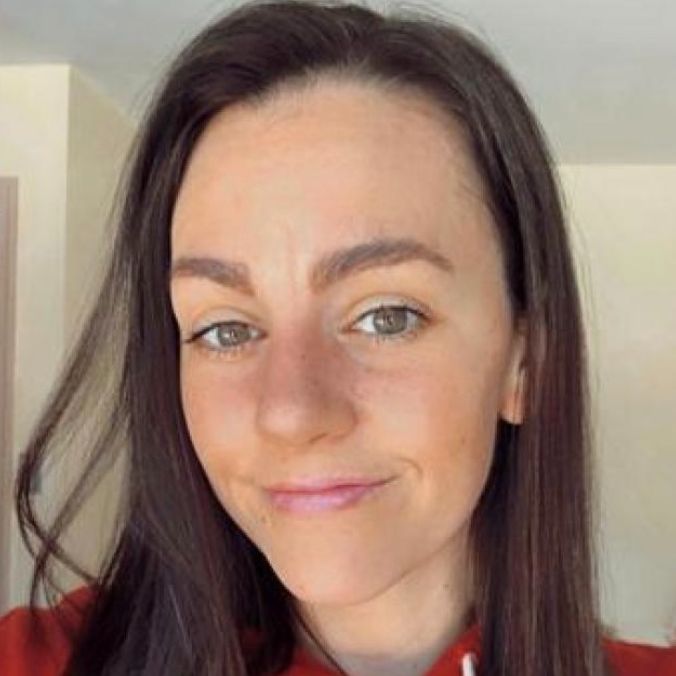 “I think that the hardest and most rewarding thing about being a woman is freeing yourself of what you think you’re supposed to do and be, and realizing that may not necessarily be who you are, and that’s okay.”

A tiny town in Massachusetts- we didn’t even have a stoplight or a gas station. In fact, I’m pretty sure that there were more cows than people!

Describe your childhood in 3 words…

Who is your idol and why?

I really look up to Torrance Watkins- the first woman to win an individual Olympic medal in the equestrian sport of Three Day Eventing. She lives near my hometown and I spent time working at her farm during my childhood and again in college. She’s such a strong woman with unbelievable drive.

Which charity or campaign is close to your heart and why?

Room to Grow is an amazing charity based in NYC. They support babies and families by providing parents with education, community and material goods for the first three years, to help give them a successful start.

Which women have inspired you throughout your life and why?

I’ve been lucky to have many strong wonderful women in my life. My mom was so dedicated to my sister and me, always supporting our dreams and goals. I’m also surrounded by the most the extraordinary group of friends, some of whom I’ve known for 20 years and some who I met when I came to work for British American Household Staffing.  Watching my friends have their own kids, start their own businesses and become the people they want to be is really inspiring.

Which book has changed your life and why?

I would say Harry Potter. I grew up with those books. I was 10 when the first one was published, and it was such a journey. On each release date my dad would bring home one copy, and my sister and I would fight over who got to read it first. When the final book was released, I was in college, working as a nanny. I started it at 9pm and finished at 2am. It felt like closing a huge chapter on my childhood. My favorite thing has been introducing those books to the kids I’ve nannied in the years since. Sharing that world and seeing how much they love it too is so special.

Which female artist motivates you and why?

I’m not a very artistic person myself, but I really connect with Beatrice Wood, an artist who helped start the Dada movement. I learned about her at a small museum dedicated to her (Beatrice Wood Center for the Arts) that’s located at her home in Ojai, California. She was born a wealthy socialite and chose to walk a different path, leaving her inheritance to become an artist. She knew who she wanted to be and lived a life that was totally authentic to her. I find that very inspiring.

What does it mean to be a woman in the part of the world and society that you live in?

I always assumed that I would have a pretty conventional journey- fall in love, get married, have some kids. But it turns out that it wasn’t the way things have gone for me. Here I am at 33, after having nannied around the world for 10 years and happily single. I know that there’s still work to be done as far as equality goes, but I feel so fortunate that I have the choices that I do, and I hope someday that all women around the globe are able to experience the same.

What do you think is the hardest and also the most rewarding part of being a woman?

I think that the hardest and most rewarding thing about being a woman is freeing yourself of what you think you’re supposed to do and be, and realizing that may not necessarily be who you are, and that’s okay.

A Word from our CEO & Founder Anita Rogers

“I am so proud to run two all-female companies [British American Household Staffing and Anita Rogers Gallery]. I believe in breaking through the glass ceiling and supporting women on their chosen journeys. Those who decide to become mothers will have job security with flexible work schedules to ensure they flourish in every aspect, at home and at work. We have such a cohesive and caring team at BAHS and I believe that to be due to us all being women who understand the stereotypes and challenges that we’ve at times previously faced within the workforce. Here at British American Household Staffing, we celebrate the continued success of a company built and led to inspire and encourage through diversity and strength within a sisterhood.”